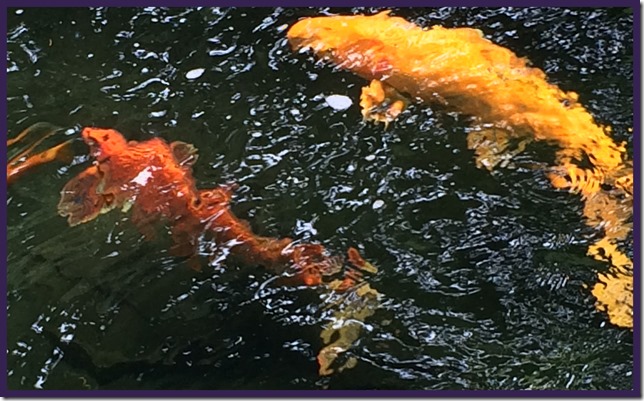 Mythical Creatures, Do They Exist?

Today we will discuss something a little different than usual.  We would like to focus your attention upon the existence of what many believe to be “mythical creatures”.   We will share with you our perspective on these beings regarding their existence upon your world.  Please know that there are in fact many “species” that exist upon your world which your scientists have yet to acknowledge.  Some collectives are not ready to be discovered at this time as it would prove to be harmful to their existence.  Only when the human collective is ready to recognize the divinity within every being will these populations become known to you.

We will begin by asking you a question first.  What makes something a myth?  To this many would respond, that a myth is simply something that cannot be proven, has not been accepted as “real” and exists only in “fairy tales” and stories.  Now although there has been human contact with some of these beings, they certainly have not been accepted as being “real” on a wide scale amongst the human collective at this time.

We intend to share with you our perspective on each of these beings.  We have been asked ‘Are these beings real?’  To this we reply, they are just as real as you are.  In some cases, it actually is you who are the “mythical creatures” to their collective.
We will begin with the Mermaids and Mermen upon your world. Yes, there are in fact many mermaids in your oceans and seas upon your world.  They often go undetected as they are fearful of humans at this time.  They are quite social, and live in communities deep within your oceans.  They do look a bit similar to your “mythical” depictions of them in that they resemble the torso and upper body of a human, and the bottom of a fish.  The tale is similar to the tale of a dolphin in that it contains cartilage as well as muscle which is covered in a smooth thick layer of skin.  They do not have the exact faces of a human, rather you would perceive their faces as strange as they do not have a nose.  They have gills instead of lungs and as a result they do not have a nose on their face for breathing air.  There have been humans who have encountered populations of mermaids; however this is often discounted as being a myth when others have told of the encounters.

You would find that there are numerous large communities made up of Mermaids and Mermen, and just any other species on your planet, they have evolved to excel in the environment they inhabit.   As a result different communities of these beings have taken on different features and characteristics to help them to excel in their environments.  All communities of Mermaids do inhabit the water.  Some are indigenous to saltwater while others inhabit freshwater springs.  Those that inhabit the deep oceans have evolved to manage the extremely high pressures of the deep-sea.  They also have developed the ability to use sonar as a form of sight as it is very dark in the deep-sea.  Those who inhabit the freshwater springs are often smaller in size and body structure as they do not require the same amount of muscle mass as their relatives in the deep seas.

They could be considered nomads, in the sense that they do not actually dwell in permanent homes; much like the dolphin and whale species which exist upon your world.  However they do set up resting areas that allow them to sleep, eat, and play with one another.  They do travel in colonies and it is very rare to find a lone mermaid.  They are incredibly playful and enjoy very carefree lives.  There are many of you who will very much enjoy interacting with them when the time is right.

We will next touch upon the elementals which consist of the Fairies, Gnomes and Elves.  These beings are of course very real and exist in abundance upon your world.  They often coexist beside many humans however they are rarely detected.  Like the Mermaids, these beings are also quite fearful of the human collective as a whole.  There certainly are humans which they trust enough to interact with on a regular basis, however they have not been widely accepted yet as being “real”.

The elementals work “hand in hand” with Mother Nature.  Often those who do gain a glimpse of these beings are quite fond of the “outdoors”, and often enjoy gardening, planting, and have a love of animals.  Many of you have regularly been helped by the elementals although many are not yet aware of their presence.

The fairies can always be found in rural and nature filled areas.  There are male and female fairies.  It is possible to detect these beings in their physical form, although it is much more common that they are seen as a glitter or sparkle out of the corner of your eye.  The reason being is they often are vibrating too quickly to be detected by the human eye. Some of you have already had encounters with these beings while out in nature.  Know that when you see that twinkle or sparkle out of the corner of your eye, you have just seen a fairy that has entrusted you enough to make their selves known.

Fairies often live amongst the trees and within gardens, so the next time you are out in nature, you may call to the fairies in hopes that you may earn their trust to form a loving bond with them.  They regularly tend to the gardens of those who find joy and pleasure from gardening.

The Elves and Gnomes are also within the group referred to as the elementals.  Gnomes often live underground within the dirt whereas the Elves feel most comfortable living within the hollows of trees.  Both the Elves, and the Gnomes do live in small communities where they forage and share the bounty they have harvested.  They are very hard workers, however they love to play just as hard.

Elves, are more gentle and meek in nature, while the Gnomes are more mischievous.  They enjoy playing and often will daringly interact with the human’s they coexist with.  Gnomes have been known to store pebbles in your shoes, and misplace human belongings.  They do not mean any harm, although they find it to be great fun to go undetected and yet still have the ability to play innocent jokes upon the unsuspecting humans.

While Elves are a bit more timid, they are more mild-mannered and enjoy the simple life.  They also live within communities inside both tree roots as well as hollowed tree trunks.  They are often responsible for helping the trees to grow and remain healthy.  They have a mutual kinship with the trees as the tree provides them with shelter and a warm home, while they ensure that the tree is properly cared for.

We will now discuss the beings known as Unicorns and Lemurians as they are interconnected.  Unicorns unlike the others which we have mentioned, no longer exists in your reality at this time; however these beings certainly did exist upon your world.  Unicorns were most common at the time of Lemuria and Atlantis.  The Lemurians were responsible for the creation of the unicorns as a species.  Lemuria “was” a very advanced civilization that inhabited a very large continent in the center of what is now referred to as the pacific ocean.  Lemuria was approximately 3 times the size as the largest island of Atlantis which was located in the Atlantic ocean.  Much of the physical remnants of this society has been destroyed although there are still a few physical structures which remain in the Pacific Ocean at this time.  You will eventually uncover large stone structures as well as archives of these great “past” civilizations.  The archives have been encoded in specific crystals upon your world and when the time is right, the human collective will discover them.

The Lemurians were a very peaceful society that valued the divinity within all creatures.  They however did live upon the earth at a time where there were other early humans who were much less evolved.  The Lemurians had the ability to genetically manipulate strands of DNA.  The unicorn was originally a wild horse.  The horse evolved with very few defenses against predators and as a result they were heavily hunted.  The Lemurians seeing that this was devastating the population of wild horses decided to step in and assist the horse population by genetically altering the genes of only some in each herd.  They were careful to still leave some wild horses, so as not to endanger the horse species as a whole.  This genetic alteration made it possible for these horses to fly and defend themselves with the horn on their nose.  Unicorns are often depicted as only being white, however there were very many different colors of unicorns, some of which are still available in your modern horse today.

However because this was not a natural mutation in the genes, it was very difficult to perpetuate the species.  When bred with a wild horse, the genetic alteration was not carried over into the offspring.  The Lemurians continued to breed Unicorns for many centuries and became quite fond of them.  The Lemurians had a kinship with all life.  They regularly befriended many of the animals which came into contact with them. However the downfall of this society was their drive to alter and modify any and every being to ensure the safety of both their own community as well as the other beings.  The genetic mutations that resulted in their tampering eventually led to a community that could no longer be sustained.

We hope that we have served you in some way and that you have found our discussion to be of interest to you.

In love and light, we are your Angelic Guides

Leave the chaos of the world behind and prepare for the Golden Age of Gaia. Join me on this journey and maybe you will find something to inspire you on your own Inner Path to Wisdom.
View all posts by Mashanya Allah-Ma ~ Inner Path Wisdom →
This entry was posted in Uncategorized. Bookmark the permalink.