Ancient Wisdom Chronicles: the Mystery & Clues – part 7: “You Know Her … She is You” 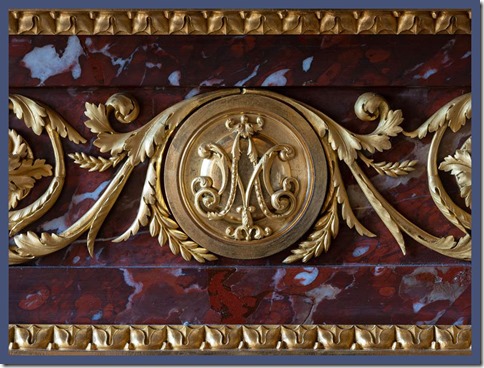 This was a particularly confusing morning as there were so many different revelations that did not seem to fit together. The information came as a hodge-podge of often seemingly unrelated images, feelings, understandings, yet in my logical mind I wanted to fit them all together into one story. I lacked understanding/insight into what was being presented to me. It was confusing, yet on a certain level it was exactly that which I had been crying for to receive.

First in my vision there is a brick wall partially constructed, — my first understanding is that it is a building.

Then there is an awareness of William “Buffalo Bill” Cody’s presence..

These words come — “a fence” (maybe this is the brick wall mentioned above), “Arch Bishop”, “flag” – there are visions of drums, military, marching, a flag.

There is something about his wife being a problem and she was not how/what people thought she was. “She knew”.

I am also told that she rejected the female role. This seems to be a very important point as I had also been told this a few nights before, when I had first learned about William.

William’s presence is strongly with me in a sober/somber/revelatory/helpful/personal/friendly way.

I understand that all these references to a “wife” are about William “Buffalo Bill” Cody’s wife.

In the midst of these rolling/revolving images/visions/understandings, I then ask what seems to be a misplaced question ——- “What am I looking for ?” and the very clear clairaudient response is, “the key”, “you want to open the door to knowledge for people about themselves and who they are – it’s a metaphor but also a story”

During the past few days I have better learned to ask questions and share a conversation with my soul-self, so I ask what more she/my soul-self would like to share with me now. Surprisingly the name Marie Antoinette is presented to me — “Marie Antoinette”— you know her”. I am perplexed, and search my memory to relate, to try to understand this information and how I might know her —, when suddenly I can feel the irritation being expressed from my soul about my misunderstanding/that I don’t ‘get it’/I hadn’t understood.

“You know her” — I still don’t understand and briefly I’m feeling genuinely confused, when suddenly in what feels like final exasperation I receive a very definitive and forceful “she is you”, then quickly is added “former pagan”.

It takes a few minutes to process this information. She is me. I am her. We are one and the same being.

I asked further and received “she knew”, “the coins”.

Not sure where to go with this so I’ll leave it alone for now as I initially did with William – till I feel a nudge.

On this day of confusion there was still more information – a very large red/brown single eye appeared with a large tear at the corner of the eye. The vision was in great detail and I recognized it as the Egyptian Eye of Horus. There was a feeling that I should take great notice and that the symbol was of significant importance for me. Then there was one final reference/feeling about money, paper, and coins. 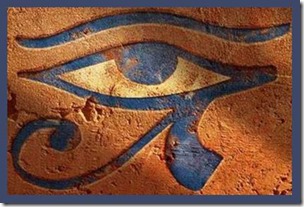 Autumn 2019 Update:
At the time of the Marie Antoinette revelation my soul had already been anxious for many months to have me receive this information. There had been many attempts to reveal this to me, and each time I had set up barriers to receiving this knowledge.

A few days after this revelation, I asked how I should handle this knowing, whether I will be sharing information from the perspective/life/consciousness of Marie Antoinette at a later ‘time’, and the answer was a very strong “yes”. There is much to share.

Months later I asked about the phrase “former pagan”. I wanted to know why this information was important for me. The understanding I received is that it was to help me understand her/myself, — that she and I are one. The concept of being pagan is something I can identify with. Also this information helps to point out/emphasize that she is not that which history would have you believe. Having this information helps me know that, “she is you” —- and that there is much depth to the truth of the one soul who incarnated as Marie Antoinette, — and there is much yet to be revealed.

On another occasion when I asked how she/I was able to maintain being a pagan while living that life. I was very simply and directly told that I as Marie Antoinette knew what I was doing. She/I was very capable, clever and adept at handling this situation.

Written history has intentionally been used to lie and mislead the masses into the global troubles suffered by all. Clearly there is much to be told here, but I will save the details for other writings in the future.