Be the change you want to see in the world’ is a well-known saying and could not be a more poignant one for these times on Earth. No-one can take full responsibility for the events in the world yet every individual must hold themselves to account. How can this be when it sounds so contradictory?

The Universal Mind is not a well-known concept yet it is what connects every being alive, on every planet, through their conscious mind. It is not, however, a consciousness rather a memory-bank of knowledge contained through human (and other form’s) interactions and experience. It includes the wealth of knowledge that the Masters of Light have attained through their many carnations on Earth and beyond and of their mastery and encapsulates the knowledge of the ancient beings who came to Earth from the stars and held the mysteries of the Universe at their fingertips. In short, the Universal Mind is the bank of wisdom that can, and should, be accessed by those seeking enlightenment rather than the Universal Collective Consciousness which is unstable and unreliable.

Many people are plugged in energetically to the collective consciousness without realising it and are often left wondering why they feel so miserable when their life is, overall, not so bad. The energy radiated out by the collective consciousness fluctuates, ebbs and flows and, when there is an extreme wave of negativity, the effect on some people’s moods and minds is significant. It is important dear ones, particularly if you are becoming more attuned to the energies of ascension and awakening, that you remain vigilant in your cleansing and protection rituals. Do not allow your vibration to be lowered by the drama of 3D energy which is circulated largely by the media and then left to hover like a dark, gloomy cloud in the collective consciousness. ‘Opt out’ of the stream of propaganda, lies and deceit that deludes so many and opt in to the wisdom of the Universal Mind which can be accessed through your higher self in unison with your sacred heart. To do this, dear ones, meditation is in order!

When connecting to your Higher Self, which is situated directly above your head and is anywhere from white to golden in colour, imagine it coming through your crown down into your heart space. Connect to it by either sitting inside it energetically or by holding its light in your mind’s eye. Become aware of a shift in energy around you as you become connected to this infinite source of wisdom and knowledge. Ask your question and allow the knowledge to become apparent to you without thinking about it: just feel and know the answer. This wisdom, sourced from your higher self is also from the data bank of the Universal Mind.

The Universal Mind is not God’s mind but a static ‘library’ that collects wisdom that grows in volume but does not change otherwise. God, or Creator’s mind, however, is a living energy of creation that uses the wisdom of the Universal Mind to create the reality of the user. The vibration and energy of the creation depends on the faith, trust and belief of the creator; the more positive and trusting the user of the wisdom and knowledge is the more beneficial to the person and the greater good the reality will be.

So, how positive or negative is your reality at the present time? What thoughts, attitudes and beliefs do you need to change to become in Divine flow and in alignment with the Universal Mind which is ready to deliver you abundance and prosperity in exchange for your higher vibrations and positive frequencies. As you make changes to your perspective on what life is delivering and start to see that your vibrations attract those of the same frequency, your world and the attitudes of those around you will begin to change as well. Change your thoughts, change your reality….

It is a simple notion that takes little effort, yet the impact on your life and on the world cannot be measured, dear ones.

I Am yours in service and unconditional love, 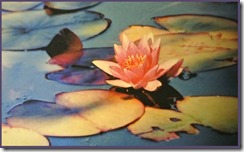 Leave the chaos of the world behind and prepare for the Golden Age of Gaia. Join me on this journey and maybe you will find something to inspire you on your own Inner Path to Wisdom.
View all posts by Mashanya Allah-Ma ~ Inner Path Wisdom →
This entry was posted in Channelings. Bookmark the permalink.